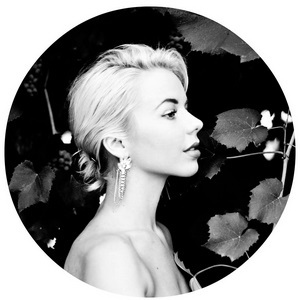 I was born in 1990 in Osijek, Croatia. I fell in love with photography during my high school days in 2007, and later that year, I had my first solo exhibition in Kopács. In 2008 I moved to Budapest to start my BA programme in English and Art history and created my ever-growing photoblog called “Always in Love“. My early works were influenced by a colleague photographer from Serbia, Bogdan Radenković and were published seven times in the Croatian Digital Foto magazine. Soon after I started cooperating with Donald Debeljak, illustrating his articles in the Croatian Pleasure Magazine. In 2010 my photos were covers of several audio books made exclusively for Kossuth & Mojzer Publishing. In 2009 my images became available for commercial use at Cultiris. In 2013 and 2014 my photos were published in the prestigious PHOTO (FR) magazine and appeared several times on their official website.  In 2015 I’ve finished my Masters degree at Budapest University of Technology and Economics, Media and Communication MA, specialized in Visual Communication. Soon after I started working in the film industry as project coordinator, later as project manager and producer in the creative industry. Currently I’m a freelance photographer and I love making light sculptures at Light Gallery.

Let’s get in touch, feel free to e-mail me: valkaireka@gmail.com

or find my works on Saatchi Art